Difficulties are described in order of their amount of stars / rising difficulty:

If you want to load the game into dnSpy (a C# / Unity debugger), you’ll need to convert (at least I needed to because dnSpy was/is nuked) Zoombinis into a debug build.
You’ll want to follow dnSpy’s guide on converting a Unity 5.10 game from a release build into a debug build.
If you don’t want to download Unity 5.10 (since its fairly large):
I’ve got the files hosted on Google Drive that are needed in order to convert a release to a debug
Make sure to pick out the type 32/64 bit (32bit should work fine).

If you want the ultra cheaty experience, load the game into dnSpy’s debugger, then you want to go to the DebugText class, set a breakpoint in SetText, then when it loads add DataManager.Instance.ShowDebugContent into your Watch panel, and set it to True.
Once you do this, you can do/see a whole ton of extra things like: 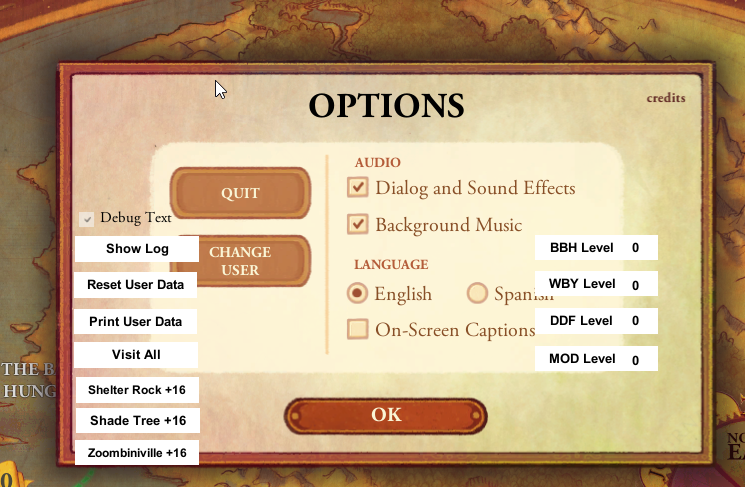 If you’re fast enough, you can also set the breakpoint in the VersionNumber’s Start() method.
You can even add DataManager.Instance.ShowDebugContent = true; to the start of that function and recompile the Assembly-CSharp.dll in order to make it launch with ShowDebugContent always being true
If you take this approach, you’ll be able to see the version number in the bottom right as well.

You can also set the game into a Public Beta
Setting the game to a public beta doesn’t too much except for lock you out of everything after Pizza Pass
It also throws an exception if you open the Options menu, but you can still see a menu if you continue afterwards: 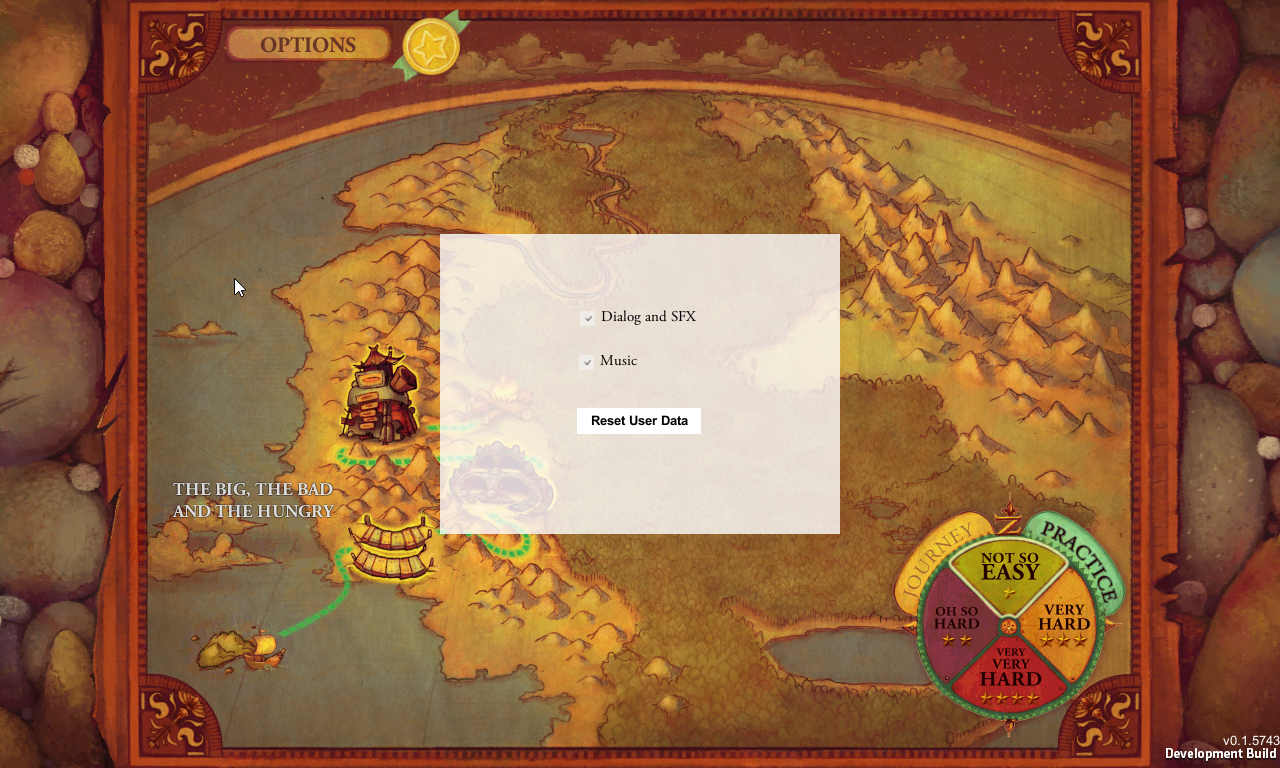 Since the game is in Unity, save games / configs are stored under the registry,
This game uses Computer\HKEY_CURRENT_USER\Software\FableVision\Zoombinis

For example I have:

The binary data (ie user_FromDarkHeck_[...]) is stored in the registry as binary (hex).
If you want easy(ish) access to the blob, you’ll need to export the whole Zoombinis registry key out to a .reg file and then open it in a text editor.
From here you can just edit / turn the blob into its own file or whatever you want.

If you want to understand the format:

The data stored in the registry is a Base64 string of a JSONNode
This isn’t actually proper JSON data, but rather some weird ““custom”” type format from the implementation of SimpleJSON that’s used in the game. (Stored in Assembly-CSharp-firstpass.dll)
Rather than implement it myself, I decided to just export SimpleJSON from Assembly-CSharp-firstpass.dll to its own VS2019 solution & then import the project into a custom library for Zoombinis called ZoombiniSharp (available on Github)

Zoombinis’ attributes (and their values) are basically just ints

If you want a set of tables instead:

This one basically follows the same situation as Allergic Cliffs, but as a full overview:

These thresholds describe how many attempts you need to make before the respective warning / failure is alerted.

It does all of these bits (picking Pizza combinations etc) randomly, the seed of which is the number of ticks you’ve done so far in Unity.
Also as a side note, this means that after (about) 24.9 days, it’ll roll over to 2147483647
The toppings are picked like so:

If you want the proper code:

Also if you’re paying attention to the code and that table, the next step accounts for the proper maximums etc.

The toppings are just enums (and powers of 2 of course)

As a note, Difficulty #2 CAN’T get Cheese

The next step in the process is to balance the toppings / properly give them out:

This one doesn’t have too much complexity, it’s basically just checking if the zoombini next to it has any of the same stats and then doing something if they don’t match or something else if the other one doesn’t match.

This one works fairly complexly (at least in terms of setup):

Most/all of this was made by modding the game in DataManager.cs to print out the respective things loaded like:

If you want a definitive count, there’s 602 total possible Zoombini names.
The total list is available in text and JSON

Then I did some simple clean up rather than write proper code the first time in order to fix the JSON output
It had ", in the last entry in the arrays.

Either way, the complete list is available in text and JSON

This step is (relatively) simple, all I basically ended up doing was launch Unity Studio.
Then selected all of the .asset files after loading the Zoombinis_Data folder into Unity Studio
Then it’s basically just selecting out and extracting all of the AudioClips.
Next step is actually getting them into a proper format through Luigi Auriemma’s FSB files extractor

The complete ripped audio is available in a ZIP file on Google Drive
If you want (some) of the music, its on a Google Drive